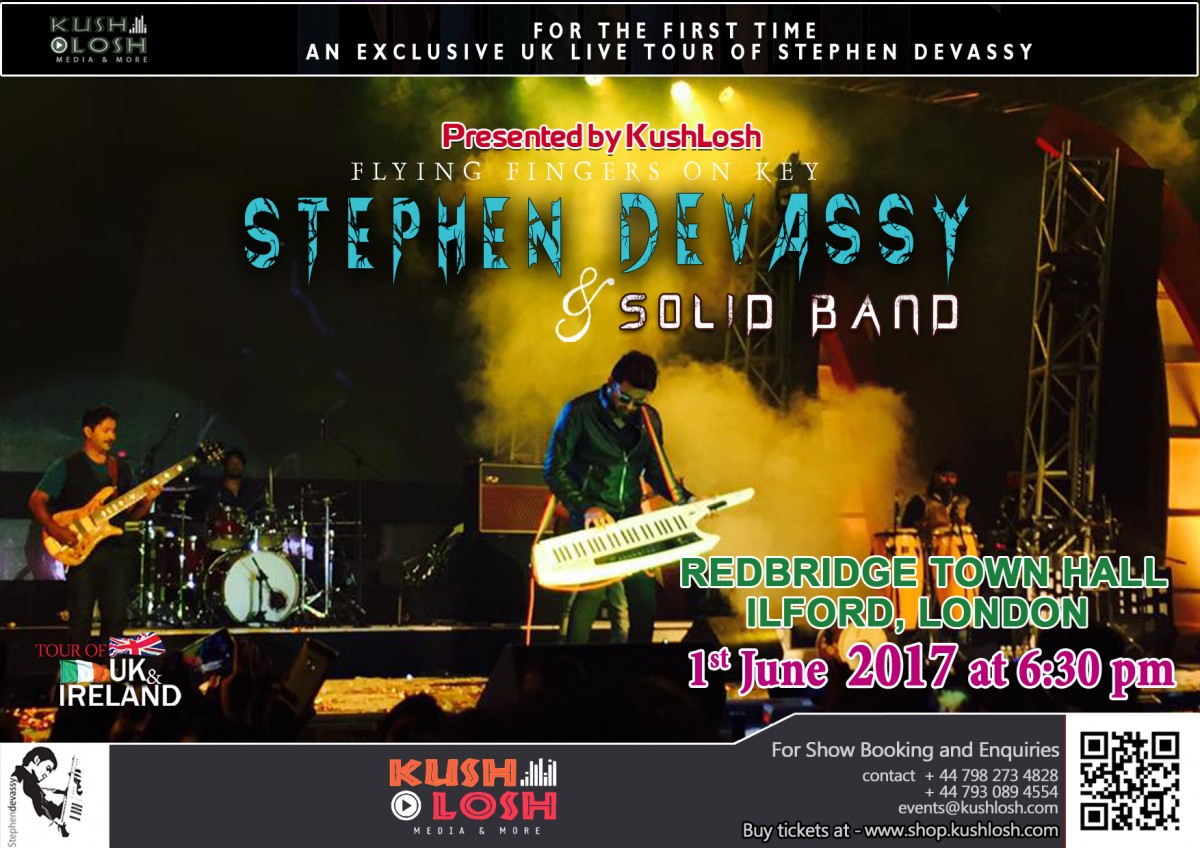 Stephen’s playing accent and the perfection he maintains, made him the youth’s idol. He is undoubtedly the fastest keyboard player and his swimming fingers on the keytar have always pushed the audience to the state of awe. The energy he delivers while playing the instrument makes him enjoy each and every note he plays, which in turn tells a story to the audience. Any musician or singer is happy to perform on stage, if it’s Stephen on keyboard.

The passion in him grew to know no limits with what he achieved his degree and a record by completing his 8th grade piano at the age of 16 from Trinity College, London. A R Rahman’s music has influenced Stephen to explore more about the technical aspects of Sound Engineering and Music Production. He started recreating the tones used in ARR songs. His on stage association with A R Rahman started with the Jai Ho tour starting with Jai Ho Calicut show. A call from the man ARR himself was like the perfect catalyst for his calibre and dedication to music, which he considers to be a gift from God.

His music programming skills gave Stephen an own identity in the Tamil industry and soon he became one of the busiest keyboard programmers in the industry. His music production style took him to the Bollywood scene, where he worked as the programmer for music directors like Shankar-Ehsaan-Loy, Anu Malik etc.  He has worked with more than 50 music directors in many Languages like Hindi, Tamil, Malayalam, Telugu, Bengali, Kannada and programmed over 2000 songs.

Solid is a Fusion Music Band from South India lead by piano virtuoso Stephen Devassy. Since the group was formed, in 2008, it steadily grown to become one of the most respected acts on the Indian Music Scene. “Our sound is a mixture of styles, moods &amp; textures we have taken in from different cultures and different systems of Western Classical, Carnatic, Hindustani & World Music” says the bandleader Stephen Devassy.