Mr. Gopinath Muthukad, renowned magician from the southern state of India uses ‘magic’ as a medium for the past 37 years to spread virtuous ideals among the populace. Muthukad has a unique motto ‘Magic with a Mission’. Apart from magic, he also step his footprint as a successful Illusionist, mentor, escapologist and stunt performer.  The passion for delivering magical messages and sincere commitment to serve the welfare of society has transformed Gopinath Muthukad a motivator and an inspirational speaker. He conveys vital information, messages even to the illiterate people through magical illusion. 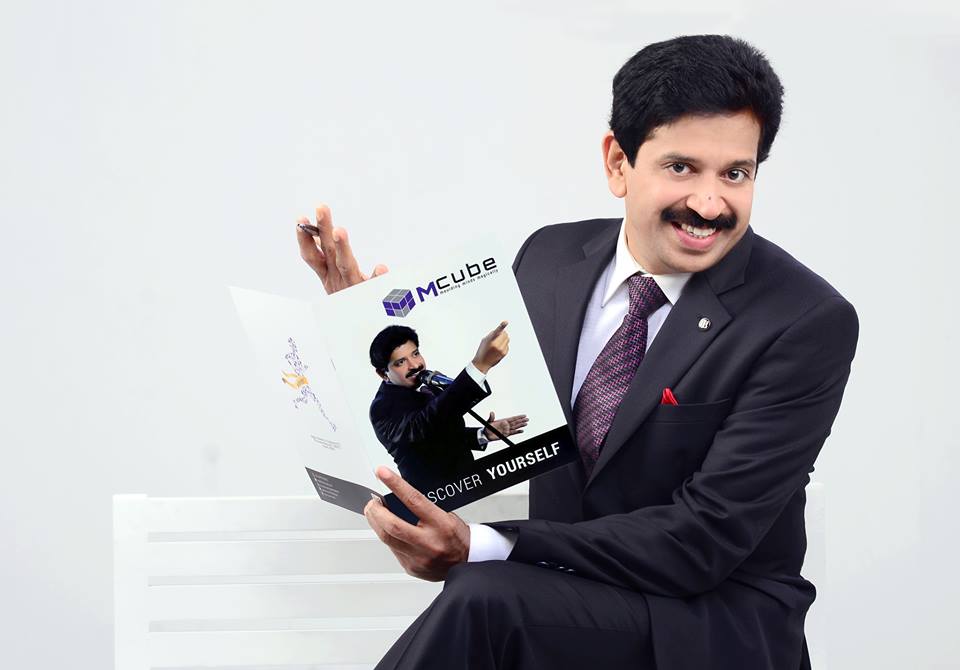 Recently Muthukad was selected as the first UNICEF celebrity supporter of Unite for Children from Kerala and first among the Magic world and he is also appointed as the Kerala Brand Ambassador for Election Commission of India. Due to his creativity, attitude and dedication bestowed in magic Muthukad is awarded with ‘International Merlin Award’ (an award equals to Oscar in Magic) in 2011 by the International Magicians Society. He also become the ‘first magician’ who is credited with ‘Kerala Sangeetha Nataka Academy award’ in 1995.

Muthukad’s way of talking and his simple magics that always carried valuable lessons made him children’s loving ‘Magic Uncle’. This made him an integral part of a couple of most successful TV reality shows with children as contestants. The first was ‘Munch Star Singer Junior ‘ telecast in Asianet, the Malayalam entertainment channel. This musical reality show was enriched by his spectacular magical performances and advises he gave to the cute contestants, which fetched him a huge fan base across Malayali families. ‘Little Scholar’, another Malayalam reality show in Media One channel, Muthukad appeared as the quiz master and won the hearts of the spectators.

Muthukad’s 30 years of magical excellence mostly comprises of sheer magic that makes magic as the heart and soul for him. Muthukad with thorough research, learning and practices formulated more than two dozens of dazzling magical events. Besides getting a name, the unique events gave marvellous contribution to the native magic which offered pride to the present, and forthcoming generations. A list of incredible feats performed by him are: Houdini Fire Escape Act, Water Torture Escape, The Great Car Vanishing Act, Enchanting Cine Magic, Stunning Bullet Catching Act, Great Elephant Vanishing Act, Awesome Aircraft Manifestation, Life & Death Act, Great Prediction Manifesto.  Now, Magician Muthukad is ready to embark on its first tour of UK and then to rest Europe during May-June 2016.

Muthukad evolved from performer to a ‘Magician with a Mission’ as he discovered magic as a powerful way to spread good ideas and awareness among the people. Muthukad is not only known for his magic, he also well exhibit his talent in writing. As a dedicated writer, he not only wrote magical books but also the one that depicts the story of great people.