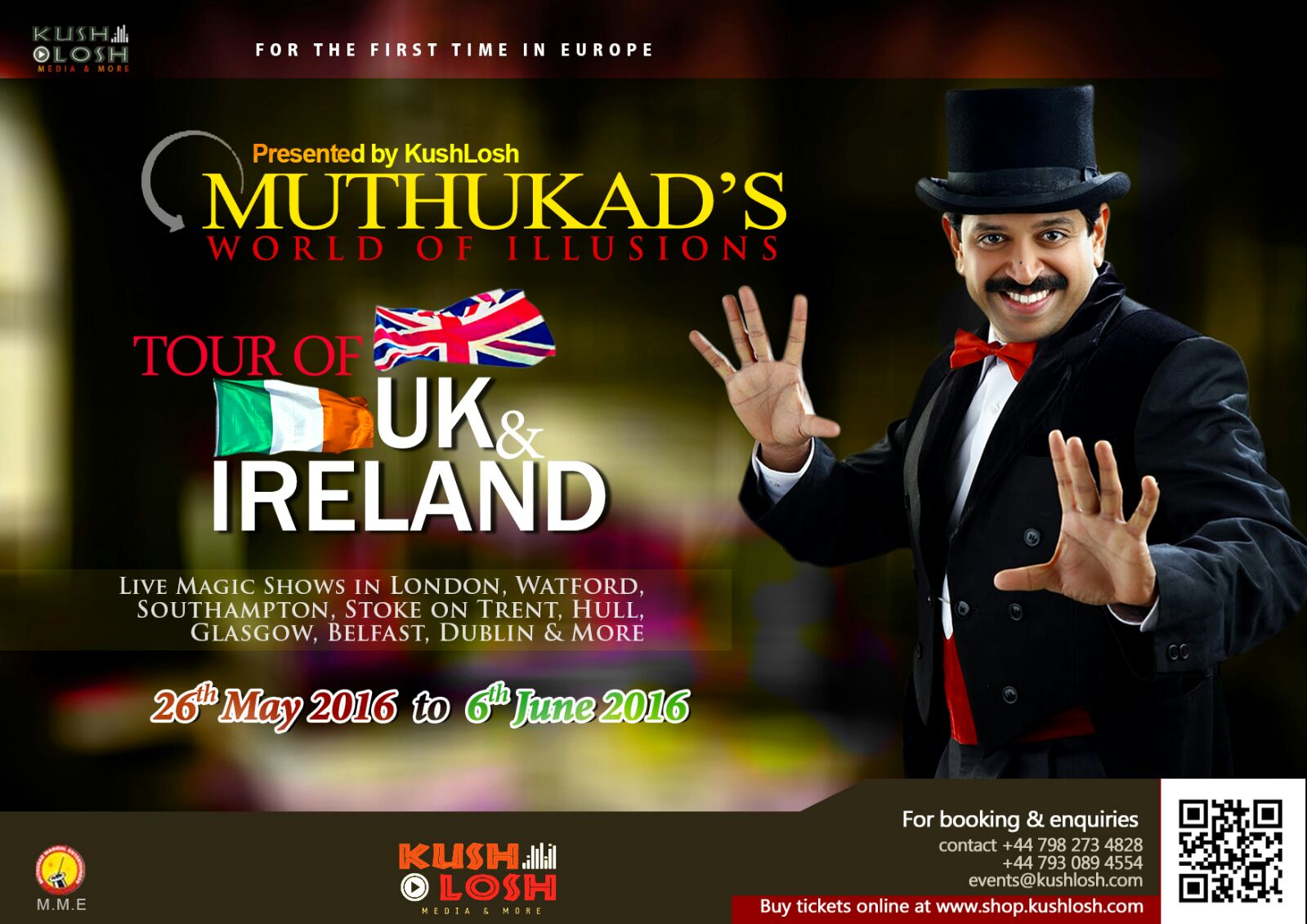 Mr. Gopinath Muthukad, renowned magician from the southern state of India uses ‘magic’ as a medium for the past 37 years to spread virtuous ideals among the populace. Muthukad has a unique motto ‘Magic with a Mission’. Apart from magic, he also step his footprint as a successful Illusionist, mentor, escapologist and stunt performer.  The passion for delivering magical messages and sincere commitment to serve the welfare of society has transformed Gopinath Muthukad a motivator and an inspirational speaker. He conveys vital information, messages even to the illiterate people through magical illusion.

Recently Muthukad was selected as the first UNICEF celebrity supporter of “Unite for Children” from Kerala and first among magic world and he is also appointed as the Kerala Brand Ambassador for Election Commission of India. Due to his creativity, attitude and dedication bestowed in magic Muthukad is awarded with ‘International Merlin Award’ (an award equals to Oscar in Magic) in 2011 by the International Magicians Society. He also become the ‘first magician’ who is credited with ‘Kerala Sangeetha Nataka Academy award’ in 1995.

After hosting many successful shows ‘Thaikkudam Bridge Tour of UK’,  KUSHLOSH media presents Muthukad’s World of Illusions, from Kerala for the first time in UK and rest of Europe. Please contact KushLosh at events@kushlosh.com for more details about the tour.